Honorary Board of Advisors

Home » Board Members » Honorary Board of Advisors 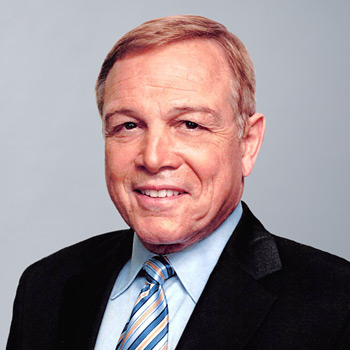 Veteran NBA coach Mike Fratello is one of the winningest head coaches in NBA history, ranking 22nd in both all-time regular season wins (667) and games coached (1,215). During his illustrious career, Fratello has coached at every level-from kids camps and high school to college, the pros and national teams representing Ukraine and USA. Along the way, Fratello undertook another important role on the sidelines as an NBA commentator and teamed up with some of the best in the business, including legendary play-by-play announcers Marv Albert and the “Birdman” Ian Eagle. Coach Fratello currently brings his wealth of basketball experience to the booth as an LA Clippers in-game analyst and a guest analyst for Bally Sports Ohio’s Cavaliers Live pregame and postgame shows.

Born and raised in Hackensack, New Jersey, Fratello (whose father won the 1939 Golden Gloves middleweight title) proved to be a tough and talented young athlete. Fratello was captain of his football, basketball and baseball teams at Hackensack High School, and he attended Montclair State College (now Montclair State University) on a football scholarship. After graduation, he returned to his high school alma mater as an assistant coach for both the football and basketball teams. Fratello’s strong work ethic, high sports IQ and gift for teaching quickly became apparent, and soon he was recruited to join Tom Carmody’s coaching staff at the University of Rhode Island (1970-72). Fratello gained more valuable experience coaching at the collegiate level alongside Lou Campanelli at Madison College, now James Madison University (1972-75), and Rollie Massimino at Villanova University (1975-78).

Coach Fratello caught his NBA break when longtime friend and mentor Hubie Brown hired him as an assistant coach for the Atlanta Hawks in 1978. Fratello manned the sidelines with Brown for three years and with Kevin Loughery for one year before joining Brown on the New York Knicks’ bench in 1982. Fratello returned to Atlanta to take over the reins when he was named head coach of the Hawks at the start of the 1983-84 season. Fiery and exacting, Coach Fratello spent seven seasons at the helm and steered the Hawks to five playoff berths, earning NBA Coach of the Year honors after leading them to a 50-32 record in 1986. He also captured the Central Division Title in 1987 with 57 wins, and he coached the East to a 138-133 victory in the 1988 All-Star Game.

In 1993 Fratello landed the head coaching position in Cleveland. Coach Fratello’s Cavaliers made it to the playoffs four out of six seasons and finished with a winning 248-212 record overall. Known for their grit and grinding defense, the Cavs set the NBA record in 1995-96 for fewest points allowed per game (88.5) since 1954 (when the league first implemented the 24-second shot clock), and then topped their own record the following year, giving up just 85.6 ppg. In December of 2004, Coach Fratello inherited the 5-11 Memphis Grizzlies and turned the team around, seizing 45 hard-fought regular season wins. He built on that record the next year to capture 49 games and advance to the playoffs for a second consecutive season. During Coach Fratello’s 15-year tenure as an NBA head coach, he compiled a 667-548 regular season record (a .549 winning percentage).

Capitalizing on his communication skills, Coach Fratello also carved out a successful career as a sportscaster, landing opportunities with NBC and TNT, as well as local networks covering the Pistons, Clippers, Heat and Nets games. Fratello got his start in this role when he was paired with “the voice of basketball” Marv Albert in the 1990-91 NBA season to form the main announcing team for the NBA on NBC. Albert dubbed Coach Fratello “The Czar of the Telestrator” for his creative way of diagramming basketball plays on screen and for his ability to break down offensive and defensive strategies with in-depth analysis. During his three-year stint with NBC Sports, Fratello also joined Bob Costas for NBC’s coverage of the 1992 Summer Olympic Games in Barcelona. “The Czar” went on to work as an NBA analyst for Turner Sports and covered the playoffs from 1994-96, the regular season from 1999-2004, and the 2007 playoffs. From 2009-2013 Fratello again worked alongside Marv Albert, as well as Steve Kerr, Dick Stockton, Kevin Harlan and Reggie Miller, for TNT’s exclusive Thursday night NBA coverage. He also made regular appearances on NBA TV before joining its NBA GameTime Live crew 2014-2019 to deliver game analysis and cover breaking news around the league.

In October of 2008, YES Network brought Coach Fratello aboard as a color commentator for the Nets, pairing him with play-by-play virtuosos Marv Albert and Ian Eagle as well as rising star Ryan Ruocco for nine seasons before Fratello moved to the studio for the 2017-18 NBA season to cohost with Chris Shearn, Nancy Newman and Bob Lorenz. In 2014, Fast Break with Fratello aired on FOX 8 News in the Morning, during which Coach Fratello previewed and reviewed the biggest Cavs games. Since 2016, Fratello has joined select FOX Sports Ohio (now Bally Sports Ohio) Cavaliers Live pregame and postgame shows as a guest analyst to provide commentary, break down the action and offer a coach’s perspective. After having served as the lead color analyst for the Los Angeles Clippers from 1990 to 1992, Coach Fratello returned to their organization for the 2018 season as a rotating analyst. A respected basketball authority, Fratello continues to serve in this role with the Clippers, engaging and entertaining hoops fans with his sharp game analysis, unique insights and playful banter.

Over the course of his commentating career spanning three decades, Fratello has garnered a number of accolades, including New York Emmy Award nominations in 2012, 2013, 2014 and 2015 for his work on YES. In 2014, Fratello was a member of YES’s Nets broadcast team that won a New York Emmy for Best Live Sports Series. In 2015 Fratello took home the New York Emmy for Best Sports Analyst. And Fratello was a member of the Fox Sports Ohio broadcast team that won a Lower Great Lakes Emmy award for the Cavaliers Live pregame show, 2017 Playoffs & NBA Finals.

Despite achieving success as a television personality, coaching was never far behind for Fratello. In 2011 his former Hawks player Alexander “Sasha” Volkov, then president of the Basketball Federation of Ukraine, invited Coach Fratello to head up their men’s national basketball team at the 2011 FIBA European Championship. In 2012 Fratello returned to coach Ukraine in the EuroBasket 2013 Qualification Tournament and clinched a spot to compete in Slovenia the following year. At the 2013 FIBA European Championship, Coach Fratello led Ukraine to a 6-5 record, good for a sixth place finish, and earned an automatic bid to compete in the FIBA Basketball World Cup for the first time in Ukraine’s history. Fratello coached the Ukraine National Team in the 2014 FIBA Basketball World Cup in Spain and helped Ukraine establish itself as a formidable competitor on the global stage.

Seizing on Fratello’s international experience and success, USA Basketball named him head coach of the USA Basketball Men’s National Team that went undefeated in the February 2020 and November 2020 FIBA AmeriCup qualifying tournaments to secure a berth in the AmeriCup 2022. Coach Fratello was honored to represent his country and to be an ambassador for basketball in an arena that showcased the power of sports to transcend borders and inspire future generations of athletes and fans.